A Token Of Elegance And Superior Quality, The Vespa Lives On

In the beginning, Vespa had a serious opponent. Lambretta was a company with a similar history to Piaggio’s. Though Lambretta scooters were considered identically stylish, Vespa retained the larger share of the market. During the 1970s and 80s, more competition came on the market with India and the Southeast mass producing low-end, cheaper scooters for a market that worked to their advantage. However, most of those scooter models were based on Vespa licenses, and if you speak to someone who knows about scooters, there is only one brand worth mentioning, and that’s Vespa.

Over 16 million Vespa motor scooters have been produced in 13 countries and sold around the globe. From those first words, “It looks like a wasp!” Enrico Piaggio did not know that it was the beginning of a long and successful undertaking. From the first production venture in 1946, even the Italian language was inspired with the word “vespare,” or to go somewhere on a Vespa.

In spite of financial hardships in the 1980s and 90s, and several changes in proprietorship, the Piaggio Company and the Vespa brand are well-known and respected. The 21st Century has witnessed the reintroduction of Vespas in the North America market as well. Today, the Vespa scooter has taken on a more high-end worldly type style for long distance drives due to key upgrades in engine efficiency and supremacy. Piaggio launched the MP3 in 2007, a model vehicle with two-wheels in front and one in the back. A state-of-the-art suspension and computer monitored fuel injection makes the MP3 a modernistic and much desired scooter. For a large number of people, the Vespa is the idea combination of style, design, practicality, elegance, and functionality. It simply works! The Vespa is timeless; it goes beyond the fickleness of trends and exceeds the dimensions of time. 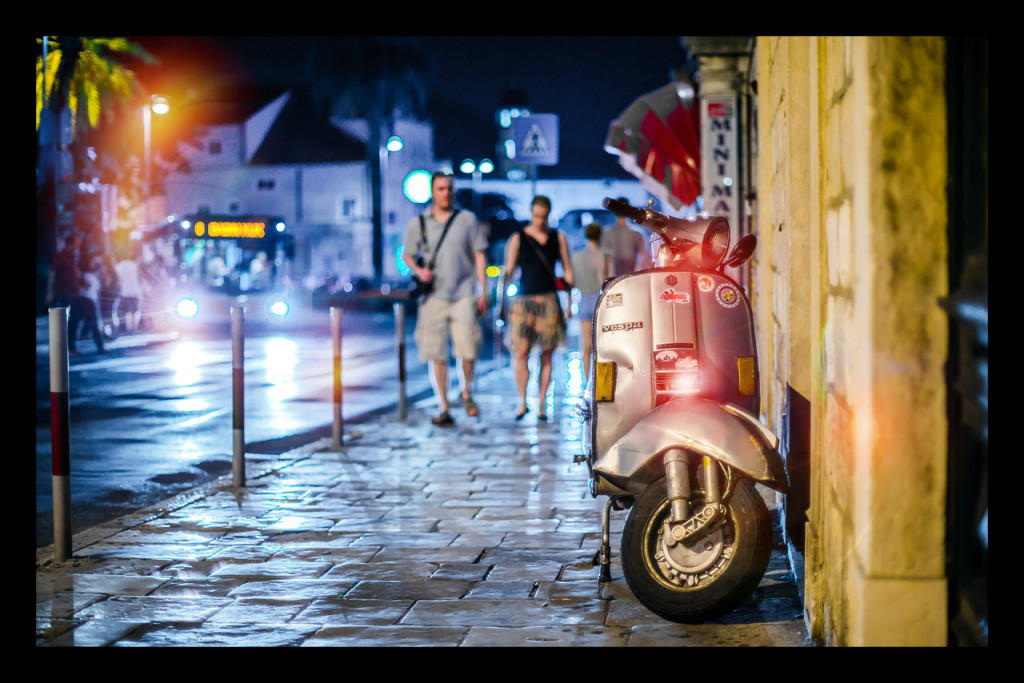 ← Vespa Holds Its Own